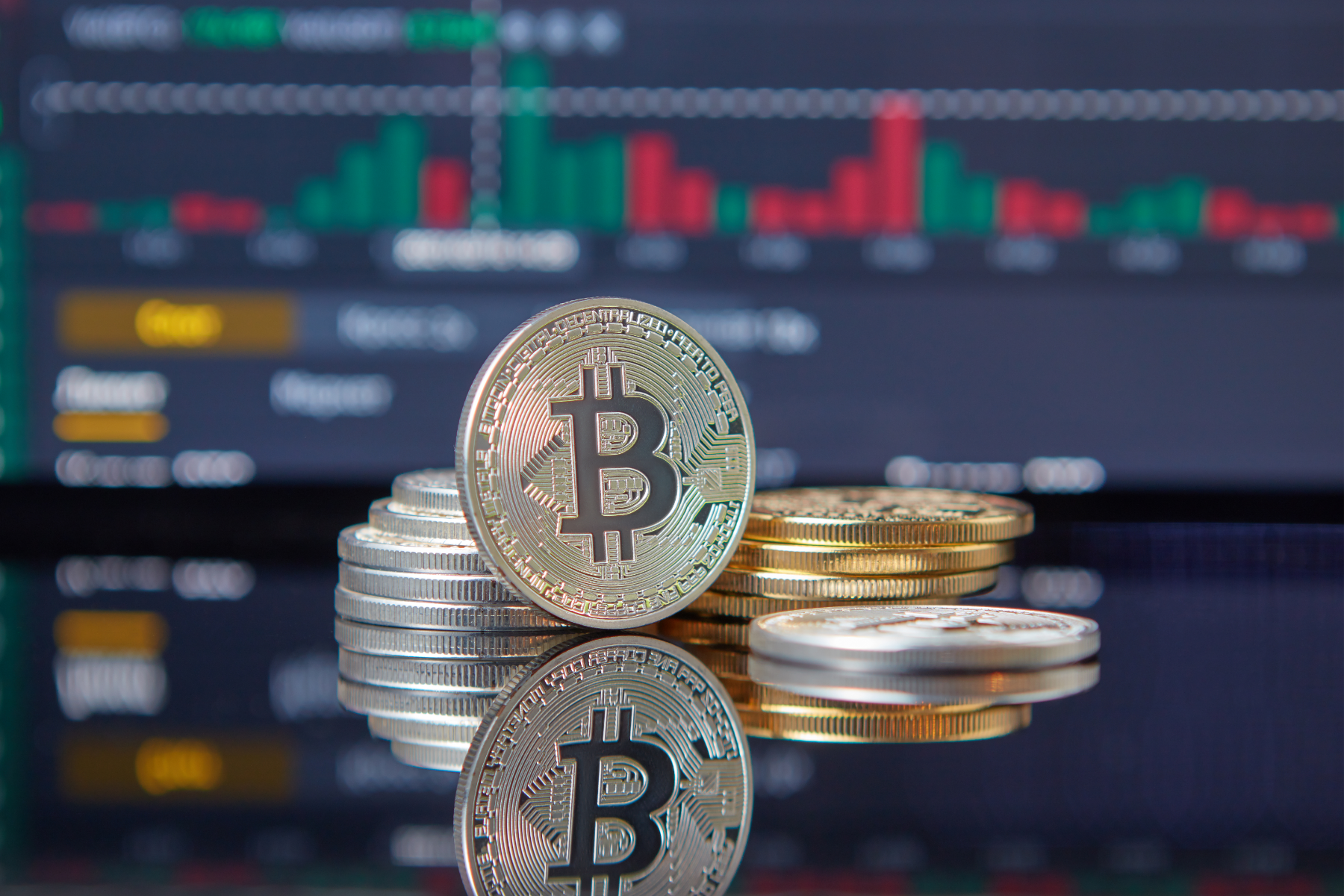 There’s a lot of buzz in the investment world about Bitcoin—and cryptocurrencies generally.  Is it an investment? A real medium of exchange? Some of this interest undoubtedly comes from the fact that, in 2009, Bitcoins were selling for eight cents a coin. At the peak earlier this year, one of those coins was trading at $65,000.

In fact, Bitcoins are created—literally—out of thin air and stored on computer networks called blockchains. According to data from CoinMarketCap, they represent one of more than 7,800 of these mysterious money systems known as “altcoins.” That doesn’t count BitConnect, which was at one time one of the top 20 cryptocurrencies, which was later exposed as a Ponzi scheme. It does, however, count some parody cryptos that were designed as a joke. Facebook is even proposing its own new currency, once called Libra, now renamed ‘Diem.’

People who buy and sell these interesting fabrications store them either in password-protected digital “wallets” on their computers, or they hold them in the crypto equivalent of trading platforms. Both require courage. If you were to forget the password (known in crypto-circles as the “key”) to your “wallet,” the Bitcoin value is locked away forever. Indeed, by some reliable estimates, 3.7 million coins (roughly 20% of the total supply) will never be retrieved by their former owners or anyone else. In one famous case, a man discarded his computer’s hard drive, and then remembered that he had 7,500 Bitcoins stored on it—which are now gone forever. In other cases, the owner passes away and the key passes with him. The 30-year founder of Canadian cryptocurrency exchange QadrigaCX died unexpectedly, taking to his grave the private keys to around $190 million worth of various cryptocurrencies.

The crypto-based trading platforms, meanwhile, are not uncommonly hacked; in one incident last September, a Singapore-based exchange called KuCoin reported that crypto coins valued at over $280 million were siphoned out of various investor wallets. Since the currency is anonymous, there is no mechanism for retrieval or redress. In just the last couple of years, hackers managed to penetrate exchanges called Altsbit in Italy, Upbit in South Korea, VinDAX in Vietnam, Bitpoint, GateHub, Binance, DragonEx, Bithumb, CoinBene, Coinbin, Coinmama and Cryptopia.

Courage is also required to entrust your retirement dollars to Bitcoin as an investment, considering its massive price swings. The virtual coins appreciated 1,318% in 2017, then fell 72.6% in 2018, before gaining 87.2% and 302.8% in 2019 and 2020. Recently, Bitcoin values dropped 20% over a two-day period, falling from $65,000 per coin down to around $50,000. Owners of Etherium, another prominent altcoin, lost $400 billion over the same two-day period in May.  This is roughly 10,000 times as much volatility as one would experience trading in global currencies backed by actual governments. 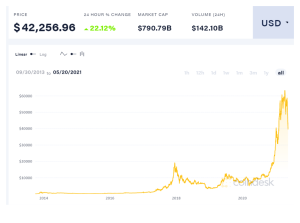 There is one other issue that has caused environmentally-conscious investors to avoid the crypto market; Bitcoin tokens are “mined” by specialized computers which, in aggregate, use up a tremendous amount of energy. How much? By one estimate, these Bitcoin miners, collectively, consume somewhere around as much energy as used by the entire nations of Jordan or Sri Lanka, and the energy spent on updating and upkeeping Bitcoin ledgers at all the different nodes around the globe is enough to fuel Luxembourg.

Recently, Tesla founder Elon Musk said that he would accept Bitcoin payments for the firm’s automobiles, only to backtrack due (he said) to the environmental issues around the currency. But another concern may have been that the company would not have been able to book Bitcoin-related sales as profits; the crypto payments would have had to count as intangible assets, which would have blown a hole in Tesla’s balance sheet.

Finally, any Bitcoin investor would have to consider a few additional issues. As you look at the Bitcoin price table (see chart), ask yourself if it’s wise to buy at the top of a very high price peak. And second, remember the greater fool theory. The cryptocurrencies only have value as long as you’re sure somebody will come along and pay you more for them.

Boring investments like stocks and bonds have tangible value backing them, while dollars and other national currencies are guaranteed by large political entities who have the power to tax their citizens. The underlying value of bits of electricity in a digital “wallet” have no tangible value other than what people decide to give them. Will there come a time when they decide that these little bits of electricity are worth nothing at all?